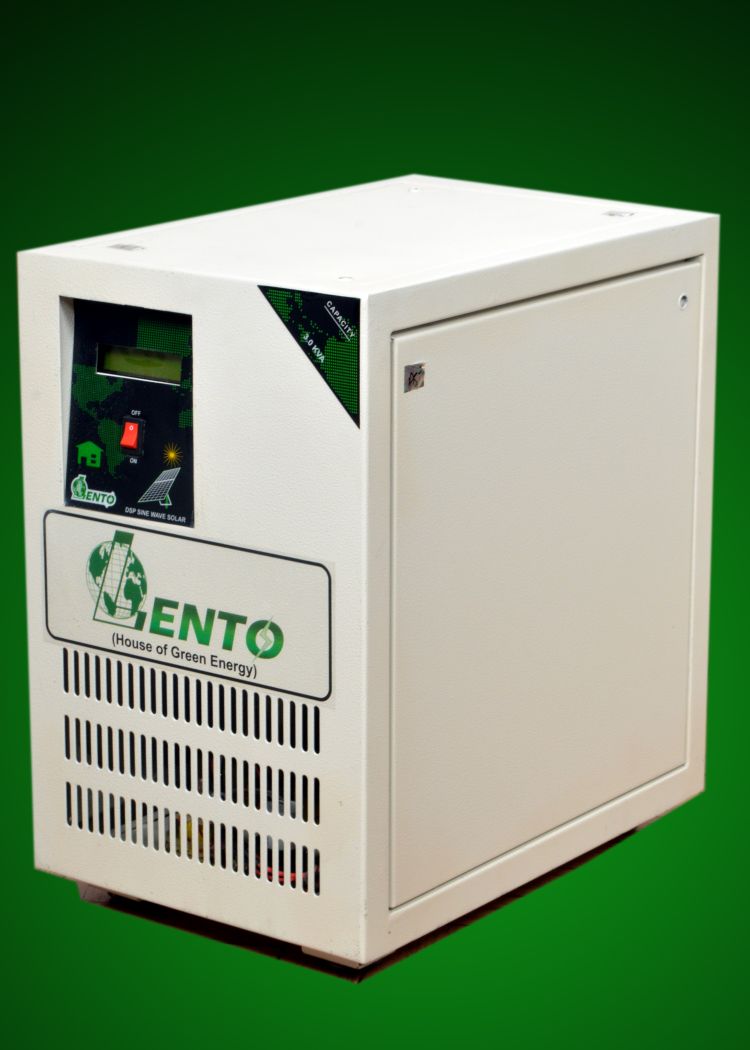 What is an Off-Grid Solar System? Renewable energy delivers stable power and diversifies fuel sources, improving energy security and lowering the danger of fuel spills while reducing the demand for imported fuels. Renewable energy also contributes to the conservation of the nation's natural resources. They are the need of the hour. As electricity consumption and costs continue to rise, the globe looks to renewable energy sources to meet its power demands. Because of its lower prices and increasing efficiency, solar energy has been a prominent renewable energy source in recent years.
Size:

Renewable energy delivers stable power and diversifies fuel sources, improving energy security and lowering the danger of fuel spills while reducing the demand for imported fuels. Renewable energy also contributes to the conservation of the nation's natural resources. They are the need of the hour.

All solar power systems operate on the same fundamental principles. Solar panels use the photovoltaic (PV) effect to convert solar energy or sunlight into direct current (DC) power. The DC electricity may either be stored in a battery or transformed into AC power by a solar converter, which can then be utilised to power household appliances. Excess solar energy can be delivered into the power grid for credits or stored in a number of different battery storage devices, depending on the kind of installation. A solar system can be 1 kWh, 2 kWh, 3kW, 5kW, 7.5 kW, or 10kW in size. On an average a house with monthly electricity consumption of 1000 kWh requires 26 – 30 solar panels (Each solar panel is of 320 watt).

The three main types of solar system are-

Off-grid solar systems operate independently of the grid but include batteries that can store the solar power generated and supply electricity after the power goes off or during the night.

The  Main Parts Of An Off-Grid System

How does an off-grid solar system work?

An off-grid solar system is significantly more sophisticated than regular solar systems, but that complexity allows it to accomplish a lot more. Most people who build an off-grid solar system want to use solar to meet all of their energy demands. That implies they'd be completely self-sufficient. As a result, many of these systems are typically found in more isolated regions where access to electricity is difficult.

A solar panel, a solar inverter, a battery, and system balancing are the four major components of an off-grid solar system. The panels, like typical systems, catch sunlight and transfer it to an inverter, which converts the energy into power. Finally, it is sent to a battery inverter, where the energy is stored until needed. A charge controller is required if you wish to run DC applications (12V), such as fans and lights. If you wish to operate AC appliances (220V), you'll need an inverter to convert the DC voltage to the AC voltage. Nowadays, all inverters operate automatically, which means that the electricity generated by the solar system charges batteries and immediately powers appliances. In addition, in the event of a power outage, batteries directly power appliances.

The size of the system determines whether the system is AC or DC linked. The majority of small-scale systems under 6kW are DC linked and employ efficient MPPT solar charge controllers. Larger off-grid systems can be AC or DC linked, depending on the kind of inverter-charger utilised and compatibility with various solar inverters (AC) or solar charge controllers (DC). Most current multi-mode inverters may be both AC and DC linked, resulting in a very secure, flexible power system with numerous charging choices and the ability to perform a black-start operation if the primary inverter fails, the backup generator fails, or the batteries are exhausted.

MPPT solar charge controllers, also known as solar regulators, are used in small-scale off-grid solar systems and DIY systems used on caravans, boats, tiny residences, and cottages. They are linked between the solar panel/s and battery. The charge controller's function is to ensure that the battery is charged appropriately and, more critically, that it is not overcharged. The load output terminals on most modest 12V/24V solar charge controllers are frequently utilised for basic DC lighting circuits. Simple 'plug-in' type inverters are used in modest DIY systems to provide 240V or 120V AC power. These are available in a variety of capacities, ranging from modest 150W inverters to 3000W or greater.

The primary battery inverter-charger, often known as a multi-mode inverter since it can typically function in both off-grid and on-grid modes, is the fundamental component of an off-grid power system.

How can you calculate an off-grid solar system?

It is the most prevalent sort of backup solar power system. It operates both during the day and at night. During the day, the solar panel charges the battery and powers household equipment such as air conditioners, coolers, televisions, and submersible pumps. When the sun isn't shining, the inverter uses battery power to power your household appliances.

The main advantage of using an off-grid system is that it has no dependency on government electricity power. But is more expensive than an on-grid solar system.

How much would an off grid solar system cost?

Off-grid solar systems are available in a variety of sizes for a variety of purposes, including small homes, 2-3 floor homes, shops, offices, schools, warehouses, and more. The lowest range of an off grid solar system is 500W, the average range is 1kW, and the maximum range can range from 3kW to 10kW. Simply said, the cost of a 1kW off-grid Solar System with a Single Battery (12V) is around Rs. 80,000, whereas the cost of a 1kW Off Grid Solar System with a Double Battery (24V) is approximately Rs. 100,000. The cost of any solar system is determined by factors such as technology, brand, service, and warranty.

What are the latest technology trends in solar inverters?

There are two types of solar inverters, 1) PWM Based – relatively low efficiency, and 2) MPPT Based – high efficiency

PWM Based – It stands for a pulse with modulation; these inverters are inefficient yet inexpensive. PWM-based inverters are ideal for minor uses such as operating 3-4 fans, 8-10 lights, 1-2 televisions, and 1 refrigerator during the day and night.

solar Hybrid  inverter MPPT Based – It is an abbreviation for Maximum power point tracking. If the goal of your solar investment is to save money on your utility bills, MPPT-based inverters are the way to go.

Can off grid solar system work without batteries?

The answer is no, off grid solar power plants require batteries to store electricity.

How does an off-grid solar system connect?

How to build an off grid solar system:

How much solar power do I need to go off the grid?

The average off-grid home usually requires about 7 Kw (or 7000 Watts) of power to rely entirely on its own energy production. Solar panels come in various forms, shapes and sizes.

Can I go completely off-grid with solar panels?

For grid-tied solar panels, grid failure means solar failure, so without more, solar panels can't take you off grid. Even if they could work while the grid were down, you would still have a big problem: since solar panels only generate electricity during the day, you would be left in the dark all night.

Can I Run My Whole House on Solar Energy?

With a modern solar energy system, including power storage, you can definitely run a whole house completely on solar power. Today's high-efficiency solar panels and solar batteries make it cheaper than ever before to power an entire home exclusively using solar energy.

Which is better on grid or off-grid solar?

The biggest downfall of an on-grid system is that it does not provide power during a grid outage. Off-grid systems allow you to store and save your solar power in batteries for use when the power grid goes down. It is meant to be entirely self-sustaining.

What are the advantages of using grid connected solar PV system?

The main advantage of a grid connected PV system is its simplicity, relatively low operating and maintenance costs as well as reduced electricity bills. The disadvantage however is that a sufficient number of solar panels need to be installed to generate the required amount of excess power.

FAQs What is an Off-Grid Solar System?

What is a solar house?

A solar house is a house equipped with glass areas and so planned as to utilize the sun's rays extensively in heating.

What is the cost of solar system for House?

Is solar plant is profitable for home?

If the tariff recieved is Rs. 18 per kWh but the cost for the plant is only Rs. 8 crore then a 1 MW plant can make a profit of 1.6 crore per year, for 25 years! In rooftop solar there is an added uncertainity as there are few solar installations up so far on rooftops in India.

Is a 2kW solar system worth it?

2 kW systems have a payback period of around 7.5 years. Making profit on your investment after the payback period. 2 kW solar panels system installed by a MCS certified supplier will earn you 16p per kWh of electricity generated, plus the export tariff of 4.77p per kWh and FiT guarantees you around 14p per kWh more.

Does solar panel work at night?

Technically, no. Solar panels do not produce energy at night. The photovoltaic cells in solar panels must have sunlight to create electricity.