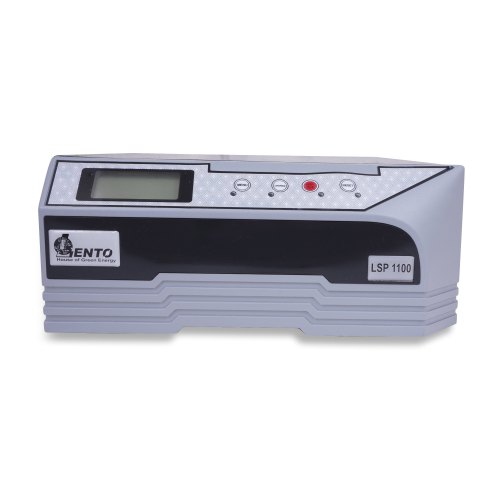 Almost all solar inverters are entirely weatherproof and may be put securely outside. Solar inverters, like any other electrical equipment, should be located in a protected or shaded position to avoid harsh weather and high temperature changes, which can impair performance and longevity. Locating a solar inverter inside a garage, beneath a carport, and away from direct sunlight would considerably extend its life. Most essential, avoid settings that are exposed to the scorching afternoon heat. If direct sunlight cannot be avoided, a protective sun cover will help the inverter last longer.

The four most common types of solar inverters are-

Below are top companies manufacturing solar inverters in India.

Which is the best solar inverter for home?

Lento Solar Hybrid inverters are best for home use.

How do I choose a solar inverter?

As a general rule of thumb, the size of your inverter should be similar to the DC rating of your solar panel system; if you are installing a 6-kilowatt (kW) system, you can expect the proposed inverter to be around 6000 W, plus or minus a small percentage.

What is MPPT inverter?

MPPT is electronic DC converters that optimize the matching between solar arrays (PV panels) and batteries. In short, the mppt solar inverter converts the high voltage DC output of the solar panel into the low voltage needed to charge the battery.

Which inverter and battery are best for home use?

Can we use solar inverter without battery?

How long do solar inverters last?

String solar inverters have a life expectancy of 10-15 years and microinverters can last for 20-25 years. Although they are rated to last for decades, many factors can affect the performance of the inverters: Heat

What is a smart solar inverter?

How do hybrid solar inverters work?
A hybrid solar inverter can convert the incoming DC into AC, while also sending any surplus DC power to store in a solar battery, or to be sold to the grid. When your stored energy is in demand, the electricity can then be inverted to AC to be used in your household.

Does solar inverter work at night?

What should I look for when buying an inverter?